Building a Home: Start to Finish Series – Part 2: The Discovery

In part two of our Building a Home: Start to Finish series, you’ll see what it looks like for your project to begin to take shape.

When you embark on the home building process with Gilbert + Burke, the work to build your home or cottage starts immediately. However, that work doesn’t instantly involve digging the hole, framing walls and placing siding; there are quite a few behind-the-scenes pieces to the puzzle.

First off, you as the client will meet us – the Gilbert + Burke team – to make sure that we’re all a good fit for each other. We’ll talk over your needs, your desires and your biggest goals for your new home. In the meeting, we’ll speak about your initial visions for the home. After you’ve decided that Gilbert + Burke is the key to your new build, you’ll fill out a design questionnaire that tells us everything about the vision you have for your home. The new owners of what is now known as the ‘Cottage by the Lake’ had a vision for their family cottage, which involved removing the outdated vintage cottage and building a new cottage home within the parameters of the existing lot restrictions. With their design questionnaire at our sides, we were able to begin creatively designing for this client.

Missed the first installment? Check out Building a Home: Start to Finish, Cottage by the Lake

Once the design questionnaire is complete, we’re able to get a better feel for the scope of the project and, in turn, the cost. We’re able to provide you with a Professional Budget Opinion (PBI) based on your questionnaire. The PBI provides a rough budget of the project costs which gives us and you the opportunity to expand or tighten up on the project. You will review the PBI and decide if this is the investment amount they are comfortable with. If we are “on the same page” with the vision and budget, we will enter into a Project Development Agreement and officially begin on your project.

The ‘Cottage by the Lake’ officially began in December 2016, when the client signed the Project Development Agreement that allowed pre-construction services to begin. By January of 2017, we began on concept drawings and the clients were able to watch as their dream started to take shape on paper. However, even after the initial meetings, the design questionnaires, the PBIs and the concept drawings, there is still more back-end work to do when it comes to zoning and building approvals. While we do our best at Gilbert + Burke to shield you from the red tape, you still may have to deal with it. When it came to the ‘Cottage by the Lake’ build, dealing with zoning approval added quite a bit of extra time to the home building process. While the final concept and licensed construction plans were approved by the Gilbert + Burke team and the clients internally, the building plan wasn’t approved externally for quite a while. The zoning amendment needed to be approved before a building permit could be applied for and the construction could begin, and it even initially appeared that the client’s house plans may have needed to be reduced in size. While the concept and interior design process usually takes up to six months for most home building projects, the red tape surrounding the ‘Cottage by the Lake’ project added quite a bit of extra time. In fact, we were wrapped up for almost two years in the concept stage while everything was approved with the provincial authorities. View the entire project Building a Home: Start to Finish, Cottage by the Lake

While the beginning of the home building process may not be too glamorous, it’s necessary in creating the home of envisioned. It’s hard to remain patient, but it’s a little easier with virtual software that allows you to watch your home take shape before the building begins. As you can see from every photo of the cottage by the lake, every second of the discovery process matters. In fact, it’s what will allow your stunning new home to be built. We’ll be long past the days of initial budget meetings, floor plan layouts, zoning approvals and red tape by the next installment in the series, where you’ll witness the design and pre-construction stage. See you soon! Happy building. 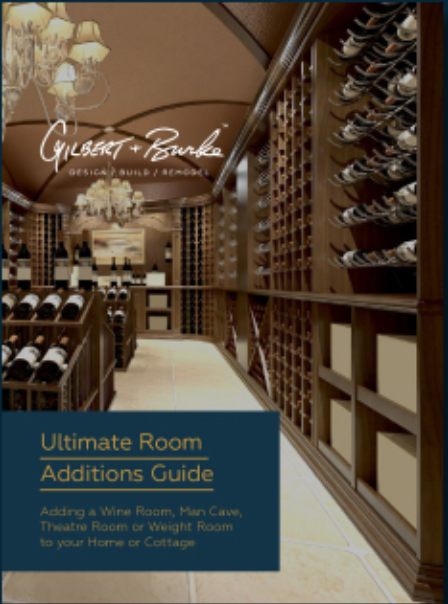