Get A Quote
Menu

Are you ready to bring your family’s vision for a
cottage in Peterborough to life with a
builder you can trust?

At Gilbert + Burke, our expert team designs and builds your dream custom cottage
that perfectly fits your family’s goals and helps build your family’s legacy.

For over 20 years, we have created stunning, unique cottages throughout Peterborough
and greater Ontario, helping each one of our clients experience a truly exceptional lifestyle space for
their family. Your Dream Cottage In Peterborough Doesn’t Need To Be Complicated

We know that building anything can be stressful. That’s why our design process is set up to be as stress-free as possible.

Start A Discussion view our portfolio

We believe everyone building a custom luxury cottage or home deserves a builder whose process and experience delivers the exact design your family wants and helps build your family’s legacy.

That’s why we make sure every client experiences…

And all backed with the Gilbert + Burke brand and reputation

Start A Discussion VIEW OUR PORTFOLIO We contracted the services of Gilbert & Burke Design and Build to renovate our existing cottage and then add on a major addition. The quality of the work was exceptional. Close attention was paid to details and they were proactive in identifying design options that saved time and money. G + B has a very creative, well seasoned and experienced team and provided all round great customer service. They were always responsive to our questions and very proactive in solving all construction issues.  We are extremely pleased with the end result.

We have been working with Gilbert + Burke over the last 3 years on the design and construction of our new home on Lake Simcoe. I think one of the most remarkable things is that as the project draws to a close, we will be sorry to say goodbye to the Team. We have very much enjoyed working with this team, even when the inevitable bumps in the road happened. We have never doubted that they had our best interest at heart, and knew they were working to give us the very best home they could within the budget. We love our new home and we have lots of good memories of working through the project. Thank you Gilbert + Burke for making our family dream a reality.

Over the past few years I have had the pleasure of working alongside Gilbert + Burke on various projects. Gilbert + Burke's team is truly professional from the bid stage, down to the final completion. Questions are answered promptly, coordination between trades is spot on , communication through out the project is excellent, and the staff is always very friendly and happy to help however they may be needed.

The Gilbert + Burke is a team of truly talented individuals committed to the project for close to a full year. We encountered crumbling lathe and plaster, a bat colony in the attic and a tow-foot-high crawl space under the house. With each setback, Gilbert + Burke dug in their heels and found often ingenious solutions that spoke to their decades of experience and depth of character. The challenges were many but we really felt that Gilbert + Burke were as truly invested in our project as we were.

Gilbert and Burke completed our cottage on Peninsula Lake in Huntsville in 2019. Their team lead by Brian Gilbert was outstanding. From permits to finishing touches, we were guided throughout the process. Our site super intendant took every detail of the cottage personally and was as proud of the results as we were. Their design team took great care to ensure that the cottage match our personalities and goals. Nothing was ever “cookie cutter”. Everything was designed to our thoughts and dreams. The team was flexible and communicated very effectively throughout the build. We do not hesitate to recommend them to anyone looking to build, renovate or fix.

Having worked with Gilbert + Burke in the past, we knew that there was nobody else that we trusted in completing our dream. On this project, we tasked them with a tight deadline for completion and even with some setbacks in permits, they were able to deliver. Everybody that was associated with this project was so professional and committed to the end goal. The final result was more than a kitchen or a place to retire, but a warm and inviting place for friends and family to gather for many years to come.

Gilbert + Burke have a professional approach through the entire project process from the first client meeting, to the preparation of a project budget, to establishing a build time-frame, and most importantly their commitment to organization and client communication, made all aspects of the build and enjoyable and rewarding experience. From the start through construction completion, delivery and deficiency resolution, Gilbert + Burke have proven that they are the ones who deliver your dream on time and on budget.

We really appreciated the prompt, friendly service. Brian Gilbert is an excellent representative and his integrity to get the job done at the cost and time projected is of great value. It was a pleasure doing business with Gilbert + Burke and I would highly recommend them to others.

I have built three houses in the past and have worked with many contractors and sub contractors and this was the first time ever that I had one show up on time, do quality work, and within estimate. 3 out of 3, in my opinion.

Wonderful to work with. It was a pleasure to have them in our home and we are very pleased with the results. Looking forward to working with Gilbert + Burke in the future

My family and I are very pleased with the completed project on my house! It looks great! Just what it needed!

What a great team at Gilbert + Burke! They took our vision and transformed it into reality. We love our new space.

The entire Gilbert + Burke team was a pleasure to work with. They were experienced, competent, and exceptionally organized.

Working with Gilbert + Burke was a pleasure. Their workmanship and thoughtfulness throughout the project was amazing. The Complete Guide to Building Your Custom Cottage

Industry-leading advice to help you design and create the perfect finishing touch to your cottage.

Here’s what you’ll find inside:

Download our Ultimate Guide to Designing Your Home & Cottage today.

All you need to know about embarking on the adventure to design and build your own home or cottage.

The journey of designing and building a custom home or cottage is a long one—but it’s so worth it. Whether you’re building a retirement oasis or creating a home for your expanding family, there are few things as important as finding the right builder, creating your plans with intention and covering all of your bases well. We’re experts when it comes to designing luxury homes and cottages, so we gathered all of our expertise and actionable tips in our new handbook—The Ultimate Guide to Designing Your Home & Cottage.

Whether it’s a rustic design with natural elements or a more contemporary look with clean lines and large windows, our team is here to help you achieve the cottage you envisioned.

From conception to completion, our seasoned team of designers and homebuilders will be with you every step of the way.

You deserve to be happy with the work that’s being done on your home, and we’re here for you every step of the way. We take pride in our ability as contractors by always putting customers first so they can feel confident about their decision when choosing a contractor who will provide excellent service!

Finding the right builder is important when building a custom luxury cottage or home. At Gilbert + Burke, we believe everyone deserves an experienced team of experts who will work hard with them at every step so that they can get exactly what they want and have somebody on board doing things right!

Peterborough is known as the gateway to the Kawarthas, “cottage country”, a large recreational region of the province. It is named in honour of Peter Robinson, an early Canadian politician who oversaw the first major immigration to the area. The city is the seat of Peterborough County.

Peterborough and the Kawarthas offer several attractions. The region is host to an array of museums, cultural exhibitions, indoor and outdoor galleries and theatres, Aboriginal heritage attractions and historical sites, as well as an arts community.

Some of the many fun things to do in Peterborough include,

Located on the Otonabee River in Ontario, Canada, Peterborough is home to 83,651 people. The population of the Peterborough Census Metropolitan Area (CMA), which includes the surrounding Townships of Selwyn, Cavan Monaghan, Otonabee-South Monaghan, and Douro-Dummer, was 128,624 in 2021. In 2021, Peterborough ranked 32nd among the country’s 41 census metropolitan areas according to the CMA in Canada. The current mayor of Peterborough is Diane Therrien.

In 1821 Adam Scott founded a sawmill and gristmill at the site, which became known as Scott’s Plains. In 1825 almost 2,000 Irish immigrants settled there, and the town and county were renamed for the group’s director, Peter Robinson. Peterborough became a commercial and manufacturing centre for the surrounding area and a tourist centre for the Kawartha Lakes region. The canalization of the Otonabee River as part of the Trent Canal system provided a direct link with Lake Ontario and Georgian Bay by means of the world’s highest hydraulic lift lock (1904), 65 feet (20 metres). Peterborough’s manufacturers include electrical appliances and machinery, boats and marine equipment, hardware, lumber, watches, and food products. The city is the site of Trent University (founded 1963) and of Fleming College. Inc. 1905. Pop. (2011) 78,698; (2016) 81,032.

An analysis in 2017 said: “A moderate but improving growth environment is foreseen for the region and the Peterborough CMA in 2017 and 2018. The region’s shift to service-producing industries will continue as in other regions in Ontario and a growing portion of service industries will become export-oriented.”

We service all postal codes for Peterborough including K9H.

What is meant by a “Custom Luxury Cottage”?

A custom cottage is very similar to a custom home – both refer to having a beautiful custom place for you and your family. Each has it’s own unique qualities, but the main difference is a home is the primary residence, and a cottage is your vacation property.

Are custom cottages cheaper than building my own house?

No, unless you build a smaller custom cottage. Because a cottage takes the traditional things a home does (foundation, walls, plumbing, design, etc), the average cottage costs the same as a home.

What are some typical features of a custom cottage?

“Typical” features are the usual bedrooms, bathrooms, kitchen… but they can be fairly luxurious or high end. Some more unique features would be a wine fridge or wine cellar, waterfall bathroom fixtures, theatre room, sauna, etc. And if you are on the lake, don’t forget to include a custom boathouse or other water features!

Can a custom cottage be used as primary housing in Peterborough?

Yes, as long as it is insulated well enough to withstand the winter and has adequate heat to live in and keep all water lines from freezing.

How much can I customize a cottage with Gilbert + Burke?

Our builds are 100 % customized to what our clients ask us and are willing to pay for. We want your cottage to be your perfect home away from home, so we will do everything we can to bring the full customization experience alive.

What other areas do you serve?

We build custom cottages throughout Ontario and the greater Toronto region. Please visit our Locations Page or Contact Us to see if we serve your area!

Locations we serve include: 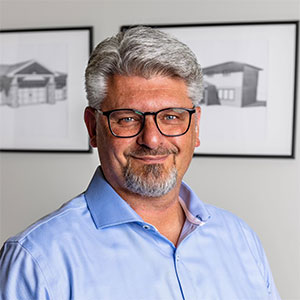 We know that building or renovating a custom cottage, residence, or boathouse is a big decision and you have questions. We’d love to have a commitment-free conversation with you and to provide you a quote, give us a call or send us an email and Ken will get back to you right away!

Send us an email